Home Prices Have Hit a New High - What Happens Next?

Home Prices Have Hit a New High—Is the Housing Market About To Crash? 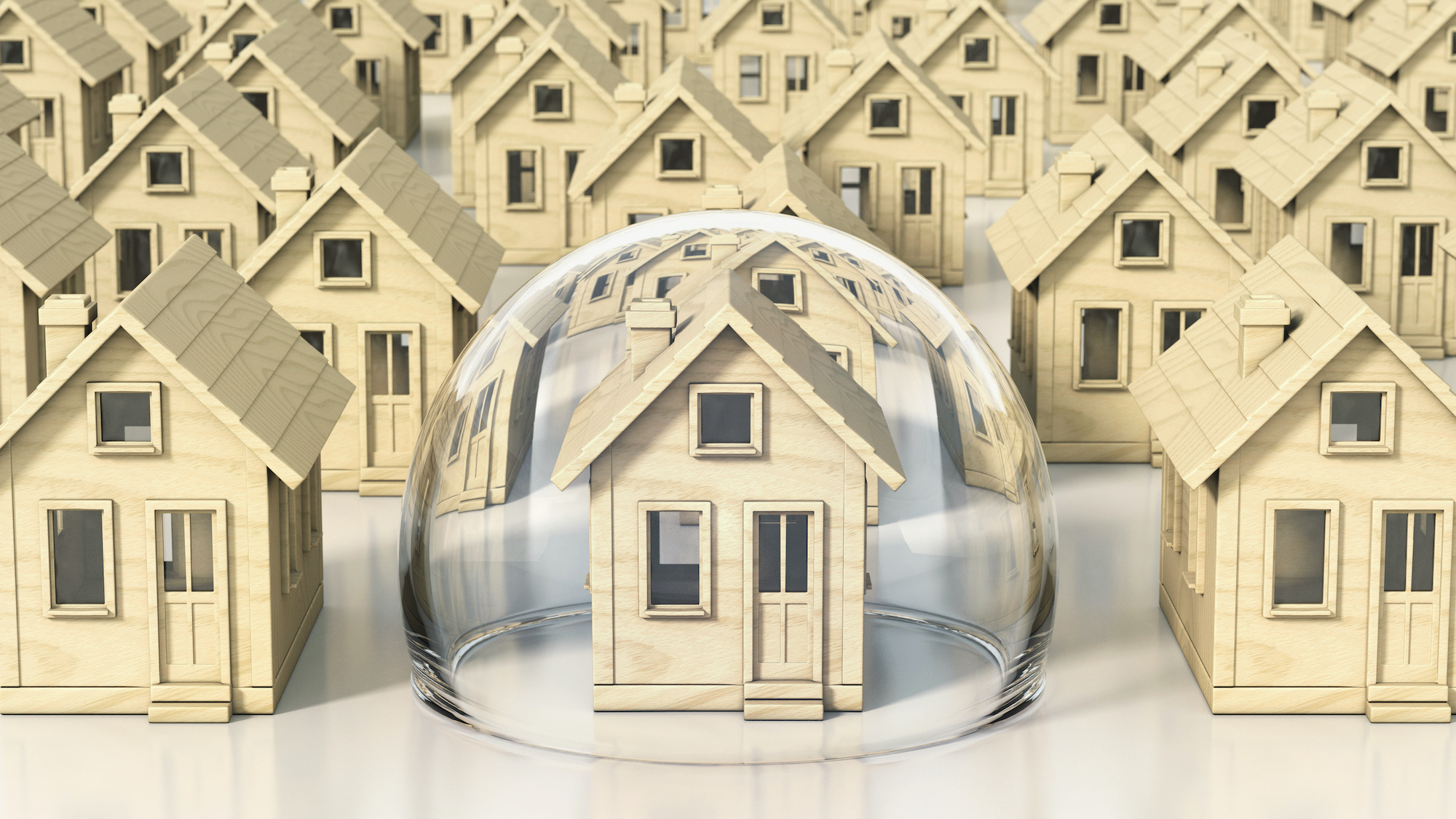 With home prices at a new record high and homes flying off the market in hours in some cases, it’s no wonder that Google searches for “when is the housing market going to crash” have spiked dramatically in recent weeks. After all, the mania seems reminiscent of the run-up to the housing bubble in the mid-2000s—and we’ve all been told that what goes up must eventually come down.

However, housing is likely to keep defying common sense. Experts say there’s no reason to prepare for a crash landing like we experienced in 2008 and 2009. This time around, the reason for the out-of-control prices is simply that there are many more buyers than there are properties for sale. Another simple rule: Prices rise when there is more demand than supply. Crazy, it seems, is the new normal.

“I find it difficult to say we’re not in a housing bubble, but I [also] find it difficult to say home prices are going to crash,” says Ali Wolf, chief economist at building consultancy Zonda. “Today’s prices feel unsustainable, today’s frenzy feels unsustainable. But that doesn’t mean there’s going to be a crash. That’s bad news for a lot of shoppers who are hoping for prices to come down.”

Nationally, median home list prices shot up 17.2% year over year in April, to hit a new record high of $375,000, according to Realtor.com® data. Meanwhile, incomes haven’t risen anywhere near as much.

Still, “There are a lot of people sitting on the sidelines desperate to buy a home,” says Wolf. “If the market stabilizes, there are a lot of [buyers] who are going to come out of the woodwork to soften the blow.”

What’s more likely to happen is that, over the next year or two, prices will continue to rise, but at a much slower pace. Bidding wars will taper off, and the astronomical offers over asking price will eventually come down.

But that doesn’t mean prices will return to their pre-pandemic levels. List prices are expected to continue rising to meet sale prices, but the annual increases won’t be nearly as brutal.

The only way prices would drop by any significant amount would be if mortgage rates shot up substantially and a lot of homes flooded the market. Record-low rates have allowed buyers to purchase more expensive homes while keeping their monthly payments within their budgets. As rates rise, buyers won’t be able to afford the higher prices. Plus, an increase in inventory would give buyers more choices, meaning there would be less frenzied competition.

“As the pandemic winds down and the work-from-anywhere dynamic pulls back as office buildings reopen and interest rates normalize, that’s going to take the froth out of the market and may also result in corrections in some markets,” says Mark Zandi, chief economist at Moody’s Analytics.

While he believes there may be some price declines in the most “juiced” markets, “nationwide, I think prices just go flat.”

Why isn’t the housing market on the verge of crashing?

The fast-rising prices and market mania may feel reminiscent of the days leading up to the last housing crash. But the culprits behind the last meltdown aren’t as present this time around.

For starters, today there are far more buyers than homes for sale. That’s a sharp reversal from the late 2000s, when overbuilding yielded far more properties than there were buyers. Now, there isn’t enough new construction to meet demand and investors aren’t going wild driving up prices.

Most importantly, bad mortgages—the key factor in the financial crisis—have largely disappeared from the market. New regulation in the wake of the last calamity has ensured that only the most qualified borrowers can get mortgages and the riskiest loans, such as subprime mortgages, are largely no longer available to the masses.

Today’s buyers may be paying top dollar, but they’ve been vetted to ensure they can afford their mortgages.

“”The commonality is the FOMO (fear of missing out) and the overall frenzy,” says Zonda’s Wolf. “But I don’t think that alone is enough to cause the market to crash.”

The economy is also improving, and forbearance programs have kept a flood of homes from going into foreclosure. The high home prices should give even strapped owners a cushion, allowing them to sell their homes and potentially even walk away with a profit. That’s a departure from the late 2000s, when many folks owed far more than their homes were worth on the market.

The loss of a home “would create some personal hardship,” says Hale. “But they’ll probably be able to walk away and be in OK financial shape.”

Could some folks overpay for homes that will lose value?

Buying a house is often the biggest investment that most folks will ever make—so they want to make sure it will increase in value. But many folks are wondering if the value of homes purchased today at record-high prices will fall once the COVID-19 pandemic is over and the market returns to some semblance of sanity.

Will they be able to sell them for at least as much as they paid? Or will they wind up owing more on their loans than their homes are worth?

The experts say most buyers shouldn’t worry. The lack of supply combined with the high demand should keep home prices stable—for the most part.

Desirable suburbs with lots of amenities and short commutes to the bigger cities are expected to continue increasing in value, say experts. Popular vacation markets and growing cities that are attracting good jobs are also expected to do well in coming years.

The markets that could be the most vulnerable are some of the smaller cities and exurbs without a lot of high-paying jobs. These experienced a big run-up in a short amount of time as folks suddenly wanted more space and land, but as more folks go back to the office and there are fewer out-of-town buyers with big bucks, prices in these areas are likely to revert to what local incomes can support. However, the adjustment is not likely to be drastic.

“It’s not going to be at all like the Great Recession,” Wolf says. “The price corrections will be relatively modest. It will probably be communities where the bounce back in terms of employment, in jobs, is more lackluster than other parts of the country.”

Will the housing market ever settle down?

Mortgage interest rates are the wild card. When they hit record lows, falling below 3% on a 30-year fixed-rate mortgage for the first time, prices had room to shoot up without increasing a buyer’s monthly mortgage payment.

If rates go up into the 4% or 5% range, many buyers wouldn’t be able to afford the monthly mortgage payments on the homes they want anymore. So they could leave the market, reducing demand.

As mortgage rates rise, “that’s going to suck the wind out of this very, very frothy market,” says Zandi.

The reverse is true as well, of course. If they were to dip, that would allow prices to continue ticking up. However, economists don’t believe rates have much room to go lower.

In addition, the market may cool off a little as the pandemic ends and people feel safe in the cities and traveling again. That doesn’t mean that demand won’t continue to be strong and more homes for sale will suddenly materialize. But it may take some of the pressure off—leading to, perhaps, only single-digit price increases in the coming years.

“People aren’t going to be as fixated on their homes as they’ve been the last year, because now they can get out,” says Wolf. “We are expecting to see a slowdown in home price growth.” 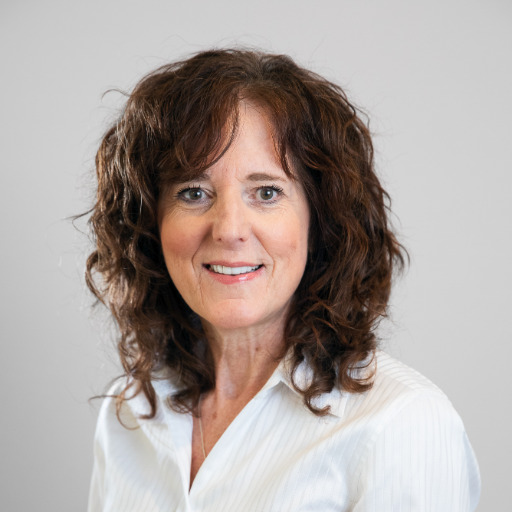 It is my goal to make your selling or buying experience as simple and pleasant as possible. I will guide you through every step of the process, carefully listening to your needs and your goals. I have....

Home Prices Have Hit a New High - What Happens Next?

Home Prices Have Hit a New High—Is the Housing Market About To Crash?By Clare TrapassoWith home prices at a new record high and homes flying off the market in hours in some cases, it’s

Is the Housing Market About to Crash?

Home Prices Have Hit a New High—Is the Housing Market About To Crash?By Clare TrapassoPosted on Realtor.com on May 3, 2021With home prices at a new record high and homes flying off the market

And, with the downsizing complete, here are the things I have learned:Not everyone is equipped to handle an estate sale when downsizing. Some have donated all items after the family takes what they

I realize I am on the home stretch of downsizing my parents into assisted living. I have been solely responsible for this, as my parents are in their 90s. When downsizing a loved one, it may be a

By registering, you agree to our terms of use and that real estate professionals and lenders may call/text you about your inquiry, which may involve use of automated means and prerecorded/artificial voices. You don't need to consent as a condition of buying any property, goods or services. Messages/data rates may apply.